Robert Parker vergibt 98 Punkte und schreibt 2008: The 2006 Chateauneuf du Pape is one of the two or three candidates for the wine of the vintage. An extraordinarily great wine, the 2006 is far superior to the 2005, which was amazing, and while made in a different style, is as great as the 2003, and such legends as 1990 and 1978. Fashioned from a minuscule 21 hectoliters per hectare, and tipping the scales at 15.2% natural alcohol, the 2006 boasts a dense ruby/purple color to the rim, in addition to an extraordinary bouquet of melted licorice, spring flowers, raspberries, black currants, spice box, and earth. In the mouth, it is utterly profound – full-bodied and multidimensional with astonishing purity, length, equilibrium, and intensity. This is a superb vintage for the Avrils, and Vincent deserves huge accolades for producing a wine of such incredible intensity and complexity. Think of Clos des Papes as a Chateauneuf du Pape with the complexity of a top-notch grand cru Burgundy from the Cote de Nuits. I have participated in so many exceptional tastings with Paul Avril that it is difficult for me to accept that his brilliant son, Vincent, may be eclipsing the work of his father. Vincent, trained in Burgundy, appears to be pushing things to an even higher level of quality. Nothing has changed in these cellars; everything is still as traditional as you will find. All the wines are kept in foudre, and the red Chateauneuf du Pape blend is one of only a handful in the appellation that contains increasing amounts of Muscardin, Vaccarese, and Counoise along with 65% Grenache, 20% Mourvedre, and some Syrah. The white Chateauneuf du Pape is one of the longest lived of the appellation, and that’s saying something. The Avrils have proven me wrong many times by opening old bottles that I would have believed to be dead, but are still full of life and vivacity.
Mehr...
Lieferzeit: 3-4 Tage
149,00 €
198,67 € pro Liter
In den Warenkorb

Robert Parker vergibt 100 Punkte: A bigger, richer, more concentrated wine than the ethereally textured Cuvee Chaupin, the 2007 Chateauneuf du Pape Cuvée Vieilles Vignes is unquestionably one of the wines of the vintage as well as one of the finest Chateauneuf du Papes ever made. Offering notes of cassis, roasted meats, beef blood and licorice, this heavenly 2007 is full-bodied, hugely concentrated and rich yet shows incredible purity, focus and precision, with no sensation of heaviness or weight. It’s still deep purple colored, with no signs of evolution, and it has another two decades of life. Having said that, it’s a gorgeous drink today.
Mehr...
Lieferzeit: 3-4 Tage
450,00 €
300,00 € pro Liter
In den Warenkorb 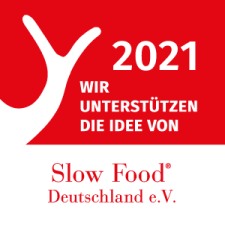