"Given the tendency of many top-end Oechsle wines of this vintage to disappoint, I had a moment of shock – followed by joyous amazement – when confronted with the von Othegraven 2009 Kanzemer Altenberg Riesling Trockenbeerenauslese, which was due to have been bottled the week after I tasted it. Penetrating and subtly musky aromas of iris, daffodil, and lily-of-the-valley-the-valley; bracing scents of fresh peppermint and lavender; high-toned pit fruit distillates, all re-unite on a palate of buttery texture and striking viscosity along with quince jelly, linden (basswood) honey, malt, hazelnut paste, pear nectar, green tea, and lemon zest. The word "whirl" can't begin to do justice to the kaleidoscopic complexity and phenomenal torque on exhibit in this remarkable T.B.A., nor can "liquid perfume" entirely capture its combination of wafting levity and intensity. What's more, a saliva-inducing salinity and shimmering sense of mineral impingement add to a finish whose exhilaration is improbable given such sheer unctuousness and confectionary concentration. This might well prove as ageless as one of this estate's 1959s which – as Heidi Kegel last year pointed out to me from her ancestor Maximilian von Othegraven's meticulously-kept cellar book, and over a bottle of remarkably youthful 1959 Auslese – was the first vintage ever recorded here (as at many other estates) to have resulted in wines that stabilized with such huge residual sugar and low alcohol as are today practically taken for granted in nobly sweet German Riesling.

Early in 2010, Gunther Jauch – a celebrated German TV host and moderator; philanthropist; and grand nephew of long-time von Othegraven proprietor Dr. Heidi Kegel (herself the niece of Maria von Othegraven) – purchased this estate in order as he put it to insure its future in his family. While the strikingly stark and radical re-design of the von Othegraven label and logo has generated some eye-rolling (personally, I like it), Jauch – who candidly and disarmingly admitted to me having come late to an appreciation of wine and being inexperienced in its ways – insisted that the style and quality established by Kegel and her cellarmaster since 2004, Andreas Barth (for more about which – and whom – consult my reports on recent vintages) won't change but only be fine-tuned; indeed, the latter is now set to call both the viticultural and vinificatory shots. "Thank goodness most of the foliage fell" after the early October frost, opines Barth, because he felt he had enough Oechsle already, and "afterwards we had solely an evolution of flavor in the berries. I have never had such a volume of healthy, homogeneously-ripe fruit," he added, while acknowledging that this statement was not meant to deny a certain degree of variation in berries within each cluster. Fermentations were protracted, with lots of what Barth takes to be positive yeast suspension, and most of the wines had been bottled only in the weeks or even days before I visited to taste them in mid-September. (Incidentally, perhaps in connection with the change of ownership here, and despite 2010 having been the 100th anniversary year of the VDP growers association, no wines of von Othegraven were offered at this year's Trier Auction of the Grosser Ring.)" 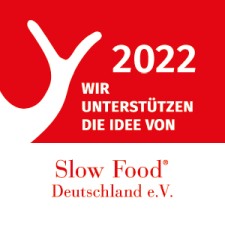