Fontodi's 2016 Flaccianello della Pieve is a masterpiece. This review represents a composite of notes from two separate tasting sessions, one at the winery and a second bottle tasted repeatedly over the course of 24 hours at my own pace. In the case of the second sample, it ended up in a blind flight next to the 2016 Masseto, and as beautiful as that Merlot-based wine is, this wine paints an even more beautiful portrait of a perfect Tuscan landscape, thanks to that tangy Sangiovese typicity. This vintage shows amazing depth and poise, with a sheer sense of elegance that comes from the undisputed quality of fruit achieved in this balanced vintage. The bouquet opens to dark cherry, blue flower and tilled earth. The tannins are taut, almost crunchy, and the wine offers profound pedigree and persistence that is driven by the evident acidity. That depth is what stands out most. Until the 2013 vintage, Flaccianello was aged in barrique for 24 months. After that vintage, six months of the total aging time is spent in botte instead. This 2016 vintage includes a small part from clay amphorae for the first time. This slight change in the relationship of wine to barrel size has resulted in a more elegant and finessed wine. That point is especially underlined in this vintage. Because of cool spring temperatures during the flowering, yields were reduced by 20% in 2016 compared to 2015. Some 65,000 bottles were made.

The 2016 Flaccianello della Pieve is off the charts. Fresh, vibrant and explosive, with tremendous overall intensity, the 2016 possesses magnificent richness, with sumptuous fruit purity and simply unreal balance. Creamy, silky tannins add to the wine's sophistication and overall polish. The 2016 is dark, inky and powerful, but not at all heavy. Giovanni Manetti gave the 2016 18 months in French oak (75-80% new), followed by 6 months in cask. This is the first vintage in which a small amount (2%) of the wine was aged in amphora. In a word: stunning! Don't miss it. 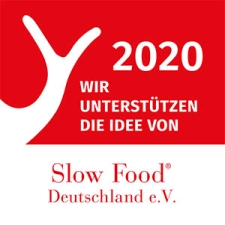